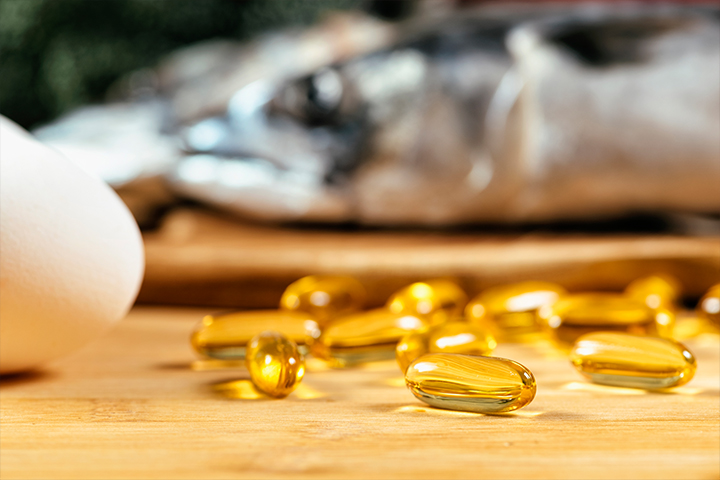 So it might sound as if the makers of Well teen, a supplement made for teenagers ‘tailored’ for their developing brains, are on to something.Research seems to back this up – a recent study by the University of Oxford showed teenagers given the supplement for three months were better behaved than those given a placebo, according to teachers’ ratings of behavior. The researchers say it is the first study to show clearly that oral supplements can improve behavior in healthy youngsters.

One key ingredient is omega 3 – the fatty acids vital for building connections between brain cells, which influences our behavior. Our bodies can’t make them, so we need to get them from our diet.

Oily fish is the richest source of omega 3s. There is some evidence that a lack of omega 3 may be linked to an increased risk of behavioral problems.A study in the International Review of Psychiatry in 2006 suggested deficiencies in omega 3 may lower levels of brain chemicals at critical periods of neuro-development, and lead to problems such as aggression. And a study in the journal Expert Review of Neurotherapeutics in 2013 reviewed this evidence and concluded that giving a multi-nutrient supplement could help treat anti-social behavior and other psychiatric symptoms.

But could taking multi-nutrient pill with omega 3 really improve teenagers’ behaviour? The recent Oxford study involved 196 teenagers – when their diets were analysed, about 30 per cent was junk food snacks, and they had just 1.2 portions of fruit and veg a day.

Oily fish intake was negligible. The teenagers were given either Wellteen or a placebo daily for 12 weeks.
The study results, which were published in the British Journal of Nutrition, suggested that only students on the supplements had improved behaviour. Ideally children would get omega 3s from fish, but because so many don’t like it, supplements may be the best alternative, says Jonathan Tammam, a registered dietitian and a research scientist at the University of Oxford, who led the study.

Dr Tammam plans to repeat the study in more schools and argues that lobbying the government or making it aware of these findings is a useful first step to influencing public health policy and understanding how ‘nutrition can impact the cognitive health and behaviour of children’.

Yet some experts say the results of the Wellteen study are ‘overstated’, particularly as the study was small.’The change in disruptive behaviour was weak, going from a rating of 53.3 before they took the supplement to 52.4,’ says Professor John Beattie, head of the micronutrients group at the Rowett Institute of Nutrition and Health, University of Aberdeen, who studies the impact of nutrient deficiencies on health.Other experts say the study was too short to be meaningful.

‘You would need to test the effect of the supplement over a much longer period of time to know if there was a clear influence on behaviour,’ says Dr Baukje De Roos, deputy director of the Rowett Institute.

WHY YOU SHOULDN’T DRINK WATER IMMEDIATELY BEFORE AND AFTER MEALS

Why Supplements Are Vital For Athletes