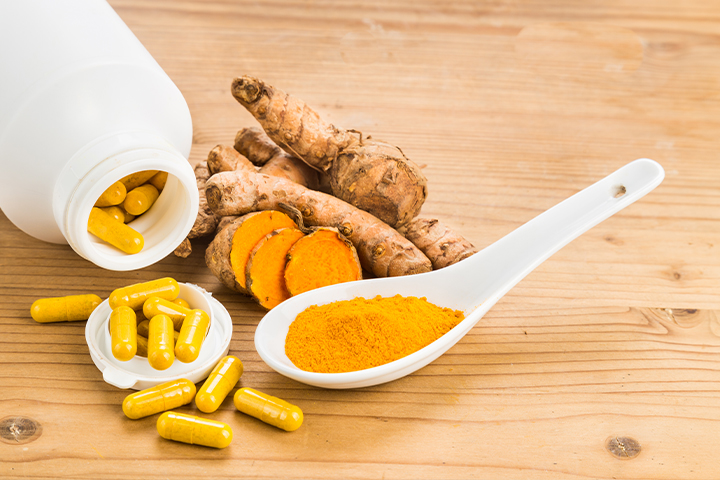 Ounce for ounce, herbs and spices have more antioxidants than any other food group.

This means they can help prevent the initial triggering of mutations in your DNA that could lead to cancer or other diseases.So taking a moment to spice up your life can have far-reaching consequences. And the truly amazing properties of turmeric make it something we should sprinkle on our food every single day.

What if someone could invent a magic pill that protected us from some of the worst diseases on the planet? Imagine the joy of the pharmaceutical companies – and what they’d charge us to buy it.

Well, I have news that Big Pharma doesn’t particularly want to hear. The ingredients for that pill are probably already right there on your kitchen shelves: in a packet or bottle labeled turmeric.

Since the turn of the century, more than 50 clinical trials have tested curcumin – the pigment in turmeric that gives it that bright yellow colour – against a variety of diseases.These show that the spice may play a significant role in preventing or treating lung disease, brain disease and a variety of cancers – including multiple myeloma, colon cancer and pancreatic cancer.

Curcumin has also been shown to help speed recovery after surgery and effectively treat rheumatoid arthritis better than the leading drug of choice. It may also be effective in treating osteoarthritis and other inflammatory conditions, such as lupus and inflammatory bowel disease.

In the latest trial for ulcerative colitis, a randomised, double blind study found more than 50 per cent of patients achieved remission within a month on curcumin – compared with none of the patients who received the placebo. And consuming turmeric with soya may offer a double benefit for osteoarthritis sufferers.

Turmeric is potent stuff. If I gave you an eighth of a teaspoon of turmeric to eat once a day for a week, then exposed your blood to an oxidising (bad) chemical, the number of cells with DNA damage could be cut in half. All because you had a little bit of turmeric onboard.

Because this spice can have such powerful drug-like effects, I’d advise everyone – including pregnant women – to take just a quarter of a teaspoon a day.Ultrasound studies show that even this small amount causes the gallbladder to contract, squeezing out half its contents. In doing this, it may help to stop gallstones from forming. But be warned: if you already have a gallstone, that turmeric-induced squeeze could be painful.

And here’s a good tip. Try to have your quarter-teaspoon with black pepper.

About five per cent of black pepper is composed of a compound called piperine. And one of the things this does is to prevent your liver from actively working to get rid of the curcumin you’ve just eaten.

I find that turmeric of any kind goes particularly well with brown rice, lentil dishes and roasted cauliflower.But wouldn’t it be easier to take a curcumin supplement?No – because curcumin is not equivalent to turmeric – it’s just one of its ingredients. The few studies that have compared turmeric with curcumin have suggested turmeric may work even better.

HOW EATING JUST 4 ALMONDS EVERY DAY HELPS YOUR BODY

Scientific Benefits of Fasting in Ramadan