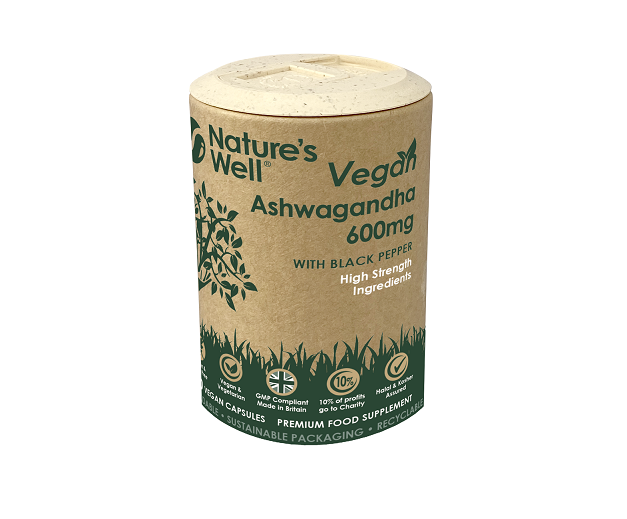 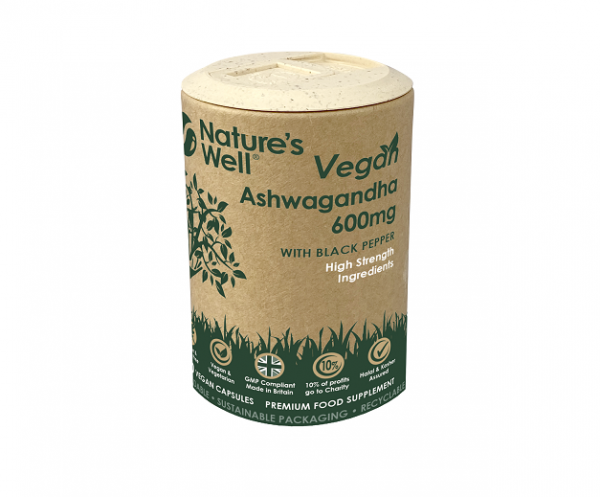 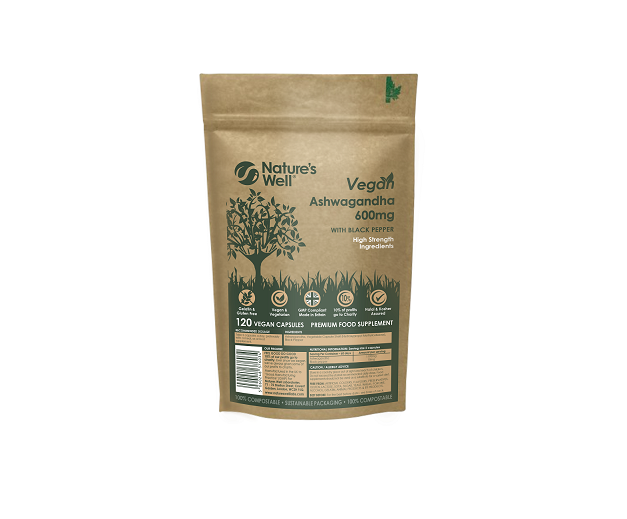 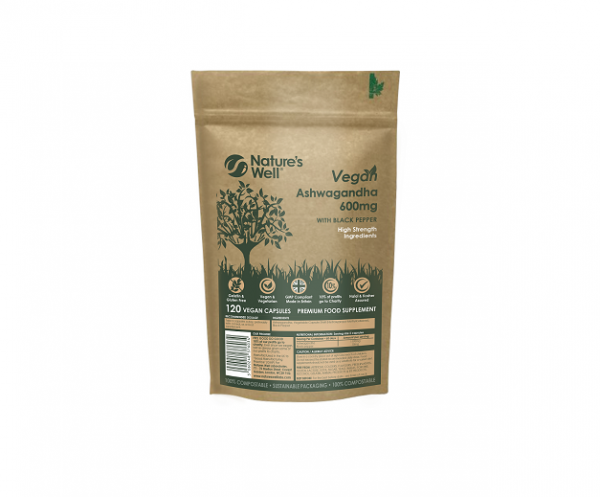 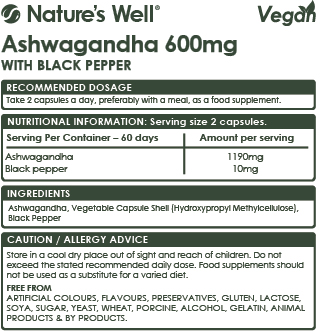 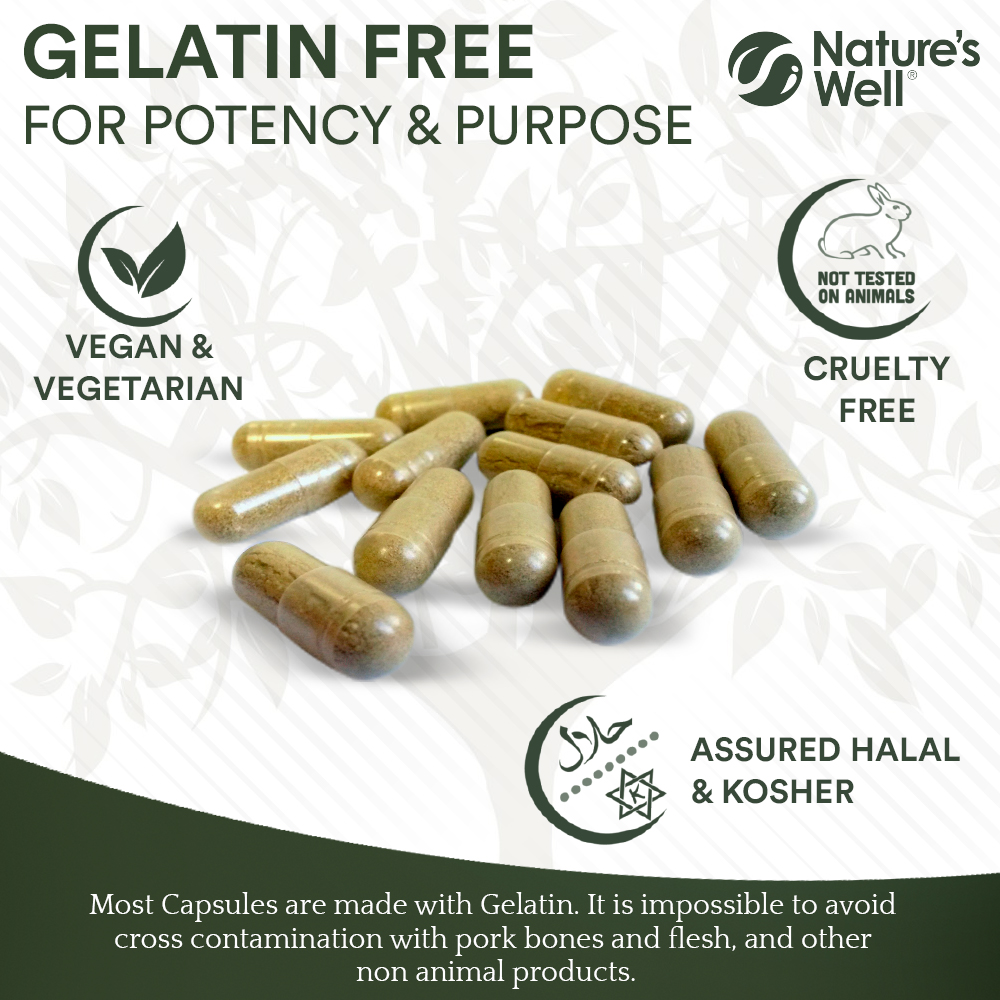 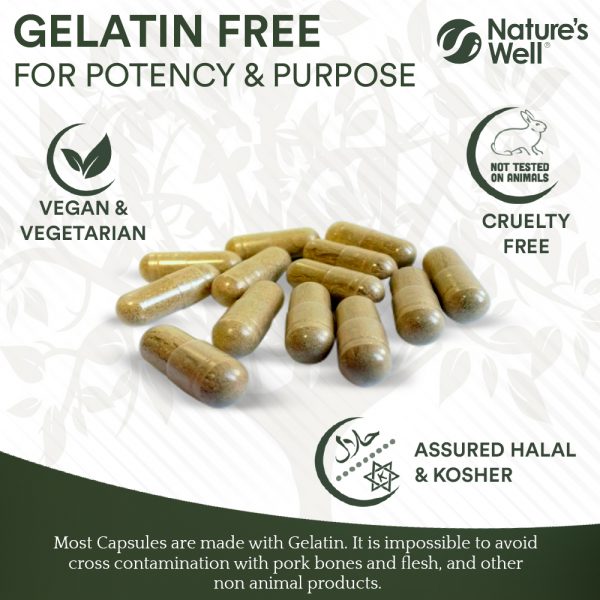 UK’s leading brand of scientifically formulated Vegan Vitamins specially formulated to balance your lifestyle choices. Whatever your dietary choices no one should lack essential nutrients, and in fact we can help drive the change to a more healthy and sustainable future by giving people confidence that their ethical / environmental choices will not affect their health, now that's what we call a purpose.

DESIGNED SPECIFICALLY FOR VEGANS & VEGETARIANS. SUITABLE FOR EVERYONE, EVERY AGE, EVERY LIFESTYLE, FREE FROM

No Animal derived Ingredients. Nature’s Well do not use animal gelatin, or any animal derived ingredients or by products in their black seed oil capsules. Many manufacturers use Halal Beef Gelatin. It’s impossible to prevent cross contamination with pork bones and flesh, and other non halal and kosher animal products.

Good for You, Good for the Planet.

Vitamin bottles are thrown away after single use. We are determined to drive change and pioneer our new fully biodegradable packaging.

STEP 3 – Slide back to close

SAVE £ - Our pouches are priced £1 lower to minimise packaging

REFILL – You the pouch as it is, or use it to re-fill the eco-container

Ashwagandha is an ancient medicinal herb. It’s classified as an adaptogen, meaning that it can help your body manage stress. Ashwagandha also provides numerous other benefits for your body and brain. For example, it can boost brain function, lower blood sugar and cortisol levels, and help fight symptoms of anxiety and depression.

Is an ancient medicinal herb

Ashwagandha is one of the most important herbs in Ayurveda, a form of alternative medicine based on Indian principles of natural healing. It has been used for over 3,000 years to relieve stress, increase energy levels, and improve concentration. Ashwagandha is Sanskrit for smell of the horse, which refers to both its unique smell and ability to increase strength. Its botanical name is Withania somnifera, and it’s also known by several other names, including Indian ginseng and winter cherry.The ashwagandha plant is a small shrub with yellow flowers that’s native to India and North Africa. Extracts or powder from the plant’s root or leaves are used to treat a variety of conditions. Many of its health benefits are attributed to its high concentration of withanolides, which have been shown to fight inflammation and tumour growth

Animal and test-tube studies have found that withaferin — a compound in ashwagandha — helps induce apoptosis, which is the programmed death of cancer cells. It also impedes the growth of new cancer cells in several ways. First, withaferin is believed to promote the formation of reactive oxygen species (ROS) inside cancer cells, disrupting their function. Second, it may cause cancer cells to become less resistant to apoptosis. Animal studies suggest that it may help treat several types of cancer, including breast, lung, colon, brain, and ovarian cancer. In one study, mice with ovarian tumours treated with withaferin alone or in combination with an anti-cancer drug showed a 70–80% reduction in tumour growth. The treatment also prevented the spread of cancer to other organs. Although no evidence suggests that ashwagandha exerts similar effects in humans, the current research is encouraging

Cortisol is known as a stress hormone given that your adrenal glands release it in response to stress, as well as when your blood sugar levels get too low. Unfortunately, in some cases, cortisol levels may become chronically elevated, which can lead to high blood sugar levels and increased fat storage in the abdomen. Studies have shown that ashwagandha may help. In one study in chronically stressed adults, those who supplemented with ashwagandha had significantly greater reductions in cortisol, compared with the control group. Those taking the highest dose experienced a 30% reduction, on average

May help reduce stress and anxiety -

Ashwagandha is perhaps best known for its ability to reduce stress. Researchers have reported that it blocked the stress pathway in the brains of rats by regulating chemical signalling in the nervous system. Also, several controlled human studies have shown that it can reduce symptoms in people with stress and anxiety disorders. In a 60-day study in 64 people with chronic stress, those in the group that supplemented with ashwagandha reported a 69% reduction in anxiety and insomnia, on average, compared with 11% in the placebo group. In another 6-week study, 88% of people who took ashwagandha reported a reduction in anxiety, compared with 50% of those who took a placebo

Can boost testosterone and increase fertility in men :

Ashwagandha supplements may have powerful effects on testosterone levels and reproductive health. In one study in 75 infertile men, the group treated with ashwagandha showed increased sperm count and motility. What’s more, the treatment led to a significant. The researchers also reported that the group who took the herb had increased antioxidant levels in their blood. In another study, men who received ashwagandha for stress experienced higher antioxidant levels and better sperm quality. After 3 months of treatment, 14% of the men’s partners had become pregnant.

May lower cholesterol and triglycerides:

In addition to its anti-inflammatory effects, ashwagandha may help improve heart health by reducing cholesterol and triglyceride levels. Animal studies have found that it significantly decreases levels of these blood fats. One study in rats found that it lowered total cholesterol and triglyceride levels by 53% and nearly 45%, respectively. While controlled human studies have reported less dramatic results, they have observed some impressive improvements in these markers. In a 60-day study in chronically stressed adults, the group taking the highest dosage of standardized ashwagandha extract experienced a 17% decrease in LDL (bad) cholesterol and an 11% decrease in triglycerides, on average

Shopping Cart
There are no products in the cart!
Continue Shopping
0
×
×