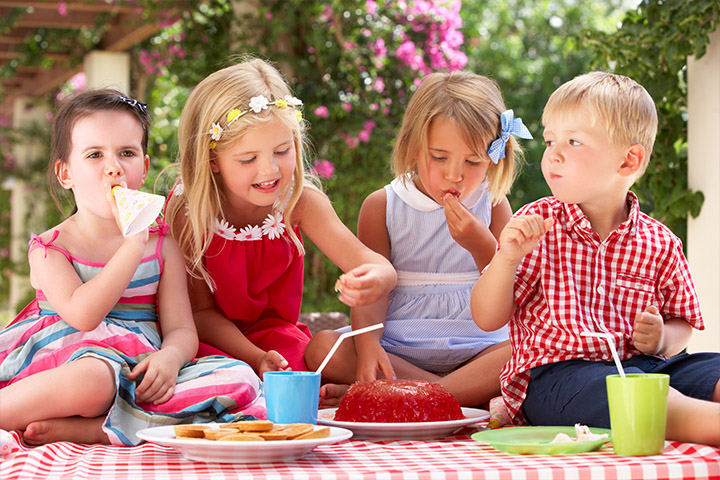 What we feed our children plays an important role in their growth and development. Nutrition directly affects not only their physical health, but also influences behaviour, how they learn in school and form relationships with others. More often than not, kids today have working parents, leaving very little time for ample meal planning and grocery shopping – leading to an increase in childhood obesity, diabetes, and hypertension. Here’s a list of 8 notorious “worst offenders” to avoid:

Processed chicken nuggets such as those found at fast food establishments and in frozen food aisles are typically loaded with corn products, sugar, preservatives and stabilizers (and not that much chicken!) Make your own chicken nuggets or chicken breast using organic chicken instead if possible.

One 12-oz can of soda has an astonishing 10 teaspoons of sugar. These drinks are also full of additives and often caffeine. The sugar rush becomes addictive. After the sugar rush, soda causes children to “crash”, affecting their mood and sleep cycle as well. Try to pack fresh juice or milk for your child instead.

Like frozen chicken nuggets, hot dogs and canned luncheon meats are loaded with fillers and preservatives, having very little actual meat in them. Cured meats especially have a lot of salt and fat in them, which contribute to childhood obesity and high blood pressure. They have also been implicated in an increased risk of cancer.

Another child favourite is mac and cheese! While this dish can be quite nutritious delicious when prepared at home with fresh ingredients (and the hidden ingredient: veggies!), the boxed kind begs to differ. Dehydrated pasta and salty cheese won’t give your kid the nutrients he or she needs for a day at school. Boxed mac and cheese can typically also contain lot of food colouring and other additives.

Although marketed as healthy, these are often laden with sugar and artificial colourings, which have been implicated as a health risk. Beware of clever marketing, which disguises sugar as “cane juice” and may contain “blueberry bits” which (astonishingly) may not actually contain any blueberry at all, but may be made from sugar and blue food colouring. Try packing your child whole grain oatmeal with honey and fresh fruit instead!

#6: Candies And Other Sweet Snacks

Again, just like the sugary high and “crash” after drinking sugary drinks, the same happens when a child only eats a snack loaded with sugar. Many of these also are cleverly packaged as “made with real fruit” – but the fruit content may be minimal and highly processed.

French fries are one of the most compelling of junk foods. Who doesn’t love them? However the fast food varieties are highly artificial, being trans-fat and salt laden. Kids love them because they are crispy and salty – but the fat content from deep-frying this snack contributes to hypertension and heart disease, even among kids. Make your own healthier French fries by cutting up potatoes, adding a little bit of salt and a healthier oil such as coconut, and baking them in the oven.

Toaster pastries are very popular with the advent of the Pop Tart, but again, they are a little more than bread covered with sugar, artificial flavours, and dyes. Instead of these instant toaster pastries, a sandwich with organic fruit and peanut spreads is a healthier option.

HOW EATING JUST 4 ALMONDS EVERY DAY HELPS YOUR BODY